Nothing Skinny about Slim Secrets Success! 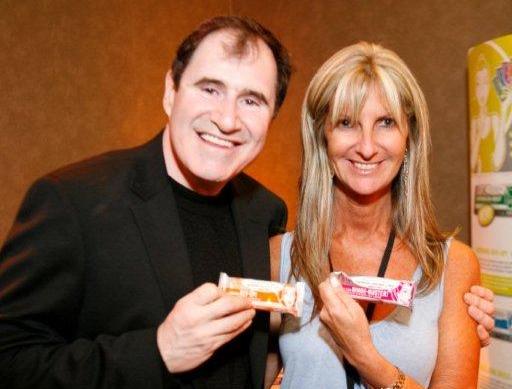 Struggling slimmers and health conscious snackers, huddle in nice and close because I want to let you in on a little secret…

Gone are the days of hidden chocolate bar wrappers, eating the broken biscuits from the bottom of the box (they don’t count if they aren’t a whole biscuit, right) and days of starving yourself before D-Day to fit into that favourite dress, pair of jeans, or sexy top that might be a tad too tiny for public viewing.

Slim Secrets is the solution to your snacking dilemmas and the secret to a healthy lifestyle – 3pm snack attacks, be gone!

Founder and director Sharon Thurin is the Melbourne-based superwoman behind Slim Secrets and her philosophy is to promote a healthy lifestyle to her consumers, as the secret weapon for snacking dilemmas.

With degrees in law, arts and diploma in education, weight loss may sound like an unusual field for Sharon to enter into. However, surrounded by family members in the medical and pharmacy industries, Sharon had always had a keen interest in health and weight loss.

So after realising her passion and after many years working as a wellness and weight loss coach, Sharon became increasingly aware of the snacking dilemmas her clients faced.

“Whilst weight loss coaching I noticed that many of my clients ate well at meal times, but often struggled with snacks, or alternatively were so busy during the day that they didn’t eat enough and then binged at night,” she said. It was during one sleepless night when the mind does funny things that she came up with the idea of producing a range of her own healthy snack products. The unusual names such as ‘Afternoon Snack Attack’ which she and her clients could relate to came to her that night as well as the notion that the brand had to have a bit of ‘spunk’ to it. “When I woke up after a couple of hours sleep suddenly my idea seemed so crazy. I had no knowledge of the food industry and how to run this type of business. However I decided to test my ideas on some family and friends to see their reaction and they muttered that it sounded like a good idea so why not give it a go…and that is what I did! I spent the next 6 months googling my way through to learn about the industry and make appropriate contacts.”

So it was from here, Slim Secrets was born.

Sharon knows the importance of healthy snacking between meals – Each snack is specifically crafted for a certain time of the day and is served with a little secret to keep you going. “As protein, fibre and a low GI are important ingredients to help you feel fuller for longer, I suggested for the busy client to try snacking on a convenient protein bar or cookie when they were hungry,” she said.

“However the general opinion was they were too high in fat or too high in sugar, too expensive or tasted like cardboard and not to mention bland to look at.”

Slim Secrets was established in Melbourne in October 2005 with three snack bars being bought to the market – A fourth was added to the range a year later. With Slim Secrets stand out packaging, great taste and proven results, Sharon’s business flourished in just three short years. Slim Secrets now has a national distribution chain through Boost Juice, Coles, Woolworths and a number of health food stores, health practitioners, Fitness First and other gyms, personal trainers and cafes.

“Slim Secrets is such a unique and memorable product – Our branding is really what hooks people then they get hooked on the taste,” she said. “Our packaging and the way it communicates our brand’s ideas to our consumers is what truly sets us apart.

“We are light-hearted, but still ‘on the level’, so we appeal to such a wide audience both male and female from 18 to 50 year olds.” The product’s broad appeal is obvious – Slim Secrets has been spotted at Rosemount Spring/Summer Fashion Week (yes, even models eat them!), were handed out at Lindsay Lohan’s 21st birthday celebrations and in the hands of Faith Hill, NBC Studios crew and US NFL footballers at the season opening game and telecast.

Sharon receives requests for products daily from Hollywood and has recently shipped sample bars to be included in the gift bags for the 2008 Emmy Awards and 2009 Oscar Award nominees and she personally attended the 2008 Oscars as her snacks were gifted to celebrities.

When grilled on her plans for the business’s continued success, Sharon’s hungry determination to see Slim Secrets as the number one selling nutritionally balanced snack range of its’ kind in Australia and overseas is clear. “The element of the unexpected keeps me on my toes – The business’s success has been totally out of control, but in a great way.

“That is why I love it and I certainly don’t keep that a secret,” she said.