Driving Her Way Through The Green Light 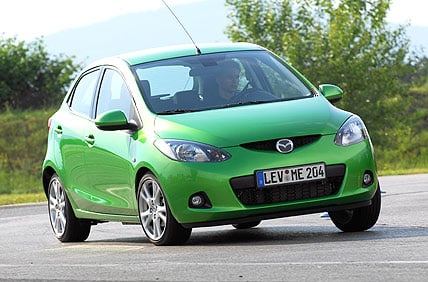 Where would you be without your driver’s licence? Pretty lost, right? For 23 year-old Jennifer Iloski, to get her licence, wasn’t all smooth sailing. And that problem, lead her to create an organisation, that would help pennyless, homeless youth, to complete their 120 hours of driving lessons to get that essential bit of plastic into their wallets, a licence.

Her project, The GreenLight Movement, is a ‘reduced fees learn to drive program’ for homeless young people that don’t have parent or guardian support.

It took Jenni three years to log in 13 hours of lessons before the 2007 law changes were brought in by NSW government that meant L platers now had to complete 120 hours instead of 50.

Ms Iloski realised the options currently available “weren’t really options”.  She insisted the choices young people have, who don’t have family support, were either to not get a license or to pay $60 an hour for 120 hours. “That comes to a total cost of $7200” she said.

It was her experiences that gave Jenni the idea to make change and  to make it happen. Leaving home at the tender age of 14, she didn’t have access to parental driving lessons. As a full-time student and part-time worker, she found it extremely difficult to afford it, let alone find someone to teach her.

And so Jenni’s mission was to find a route out of this dilemma through innovative avenues that could help many young people who were struggling to get that bit of plastic like herself, into their pockets.

While trying to balance university assignments, work and extracurricular activities, Jenni realised the need could be met through a community response. But it didn’t happen overnight. She sacrificed hours of her time trying to secure funding.

To her success, the Youth Action and Policy Association provided her a $500 grant. She got down and cracking and approached Bondi Youth Accommodation – a not for profit accommodation service for homeless youth. Had Jenni not approached BYA, her idea would not have sparked the attention to get her venture into action.

“That was the distinguishing point. GreenLight would be adding value to what Bondi Youth Accommodation were already doing and vice versa” she says.

Jenni initially did not want to launch the movement unless she had met the $70,000 budget. Despite being five grand away from reaching the target, GreenLight Movement launched anyway on April 6th 2011.

During the pilot stage, she secured a car, donated by the Mazda Foundation, to launch its learner driver program with BYA that she describes as a “fantastic” and encouraging moment.

Currently the team at GreenLight Movement, are in the process of recruiting and contracting driving mentors. GreenLight have six applications and are hoping to sign up between 10 and 20 driving mentors who have their full licence, are over the age of 25 and drive manual.

Jenni and the keen team “have enough people, resources and support to get going”. “When things are actually happening, it’s easier to support” she added.

To add to her list of achievements, Jenni has been selected to amongst the 2011 Youth Advisory Council (YAC), representing the youth from Sydney’s Eastern suburbs, recently announced by the Minister for Youth, the Hon. Peter Primrose.

To volunteer or for more information on the GreenLight Movement, please visit http://www.bya.org.au or contact jenni@bya.org.au

Previous article From Humble Beginnings To Social Entrepreneur
Next article Are Women MORE Influential then Men?
Via Other
Tags