No more Sand in your Beach Bag! 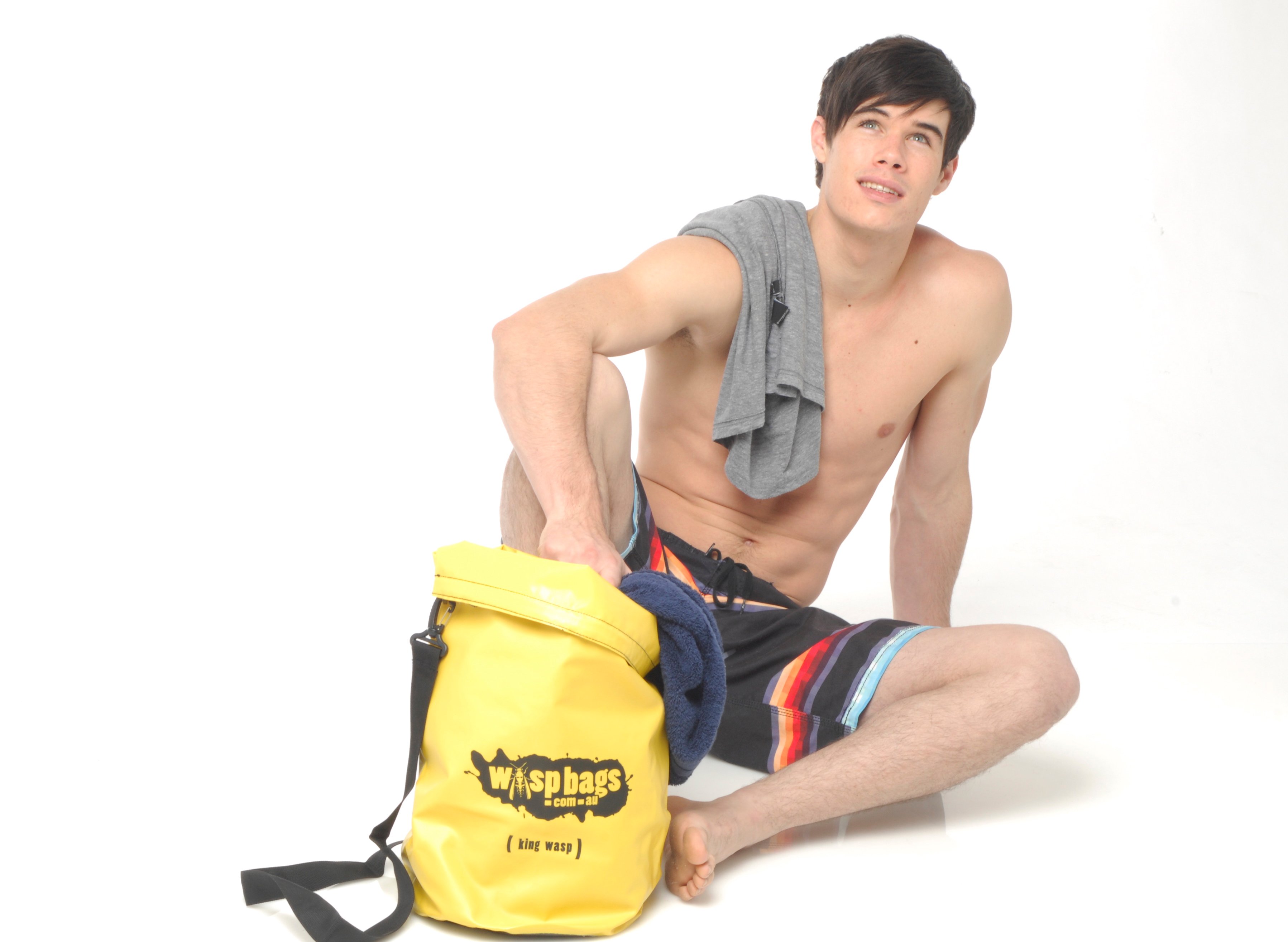 The idea for WASP Bags was actually years in the making for Melbourne based entrepreneur Chris Maccan. For almost four years he was obsessed with the idea of his own micro business and passive income creation with the goal of financial freedom. Blame can be squarely put on his quarter life crisis, and Tim Ferriss and his 4 Hour Work Week book – which he found eye opening, inspiring and extremely practical.

Before WASP Bags, he experimented with and tested a number of ideas. From mugs with sports quotes on them, to unique piggy banks, to high end P plates (a fair bit of money was put into this one in particular), but nothing was quite right.

Then, when on a Thailand beach in September 2009, he saw what would become WASP Bags. Both tourists and locals alike were using dry bags on the beach, in the water, and in town. Maccan was familiar with dry bags as a specialist product (for divers and the like) and seeing them used in this way helped him realise how broad the use of water and sand proof bags really was. Knowing how much Australian’s love the beach, He saw a big opportunity bringing this style of bag to a broader market.

Upon his return to Australia he promptly started investigating the market and began formulating his plan. Through alibaba.com he sourced a small quantity of generic and basic stock and started doing some live market testing to see if the idea could work. Testing included setting up a website and online store (through Shopify),  and Google Adwords to drive traffic to the online store, and a stall at a local market.

The results from this testing proved the concept giving him the confidence to move forward. So he contracted a manufacture (again through alibaba.com) that began manufacturing the first WASP Bags. This was where it got serious in terms of expense and commitment. By August 2010, the stock had landed and with a revamped website, and WASP Bags was officially launched.

Since then, the focus has really been on trying to build awareness of what is effectively a new product and new brand. Chris found that bringing a new product to a market is certainly harder than differentiating an existing product in an established market. Through advertising and partnerships with clubs and organisations, awareness of WASP Bags has been on the increase – the search term ‘wasp bags’ is now one of the top three traffic drivers to the site.

Leading up to last summer, Chris worked hard on building retail distribution, with very little success. The poor retail environment and terrible summer almost everywhere led retailers away from taking on new products and brands. Nonetheless, sales have grown almost every month since launch so there is plenty to be optimistic about.

Any readers got any tips or contacts that may assist Chris in breaking into that retail market?

Previous article WIN a $12 000 Branding Makeover for your business!
Next article Only 18 and already gaining Global interest!
Via Profiles
Tags entreprenuerfeatured