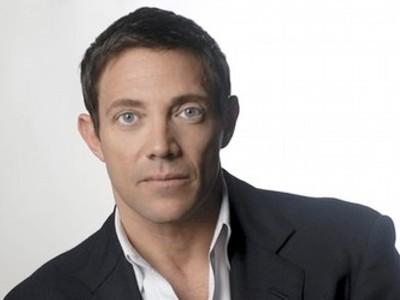 Fresh from attending the Cannes Film Festival last month, The Fordham Company is proud to announce the arrival of Jordan Belfort back to Australia in July as part as part of his international speaking tour.

It was confirmed during Cannes that modern cinema’s “dream team” – director Martin Scorsese and actor Leonardo DiCaprio (who will portray Belfort) – will direct and star in the movie adaptation of the international bestselling novel The Wolf of Wall Street – which charts Belfort’s unbelievable and highly entertaining rise and fall on infamous Wall Street – and everything in between.

“Australia is a very special place for me and I’m thrilled to be coming back for a major tour. Following the announcement of the movie last month, the excitement is electrifying and I can’t wait to get back there. I’d even like to buy a place down there that I can call home a few months of the year as it’s such a great place and my family loves it as well.” Belfort said from LA.

Cannes was not Belfort and DiCaprio’s first encounter. The pair had met some years earlier, and in the midst of their growing friendship it was actually DiCaprio who suggested Belfort attack the speaking circuit.

And now Jordan Belfort, author of the enthralling memoir, “The Wolf Of Wall Street”, truly owns the speaking circuit, spreading the teachings of his highly successful sales template, The Straight Line System, to companies and individuals on a global scale.

Through implementation of this system (and valuable life lessons he learnt along the way), Jordan has for 22 years proven his tremendous ability to build businesses, transform sales teams and help thousands of people create massive wealth. As the owner of one of the biggest and most successful brokerage firms in Wall Street history, Jordan has raised over $1.5 billion in start-up capital. His real-world experience and expertise in this arena is unmatched.

This is what Leonardo DiCaprico had to say regarding the truly magnetic nature of Belfort and his unsurpassed wealth of knowledge:

“Jordan stands as an example of the transformative qualities of ambition and hard work. In that regard, he is a motivator without peer. I’ve known Jordan for two years and I’ve been in his company many times but there is nothing quite like his public speaking.” – Leonardo DiCaprio.