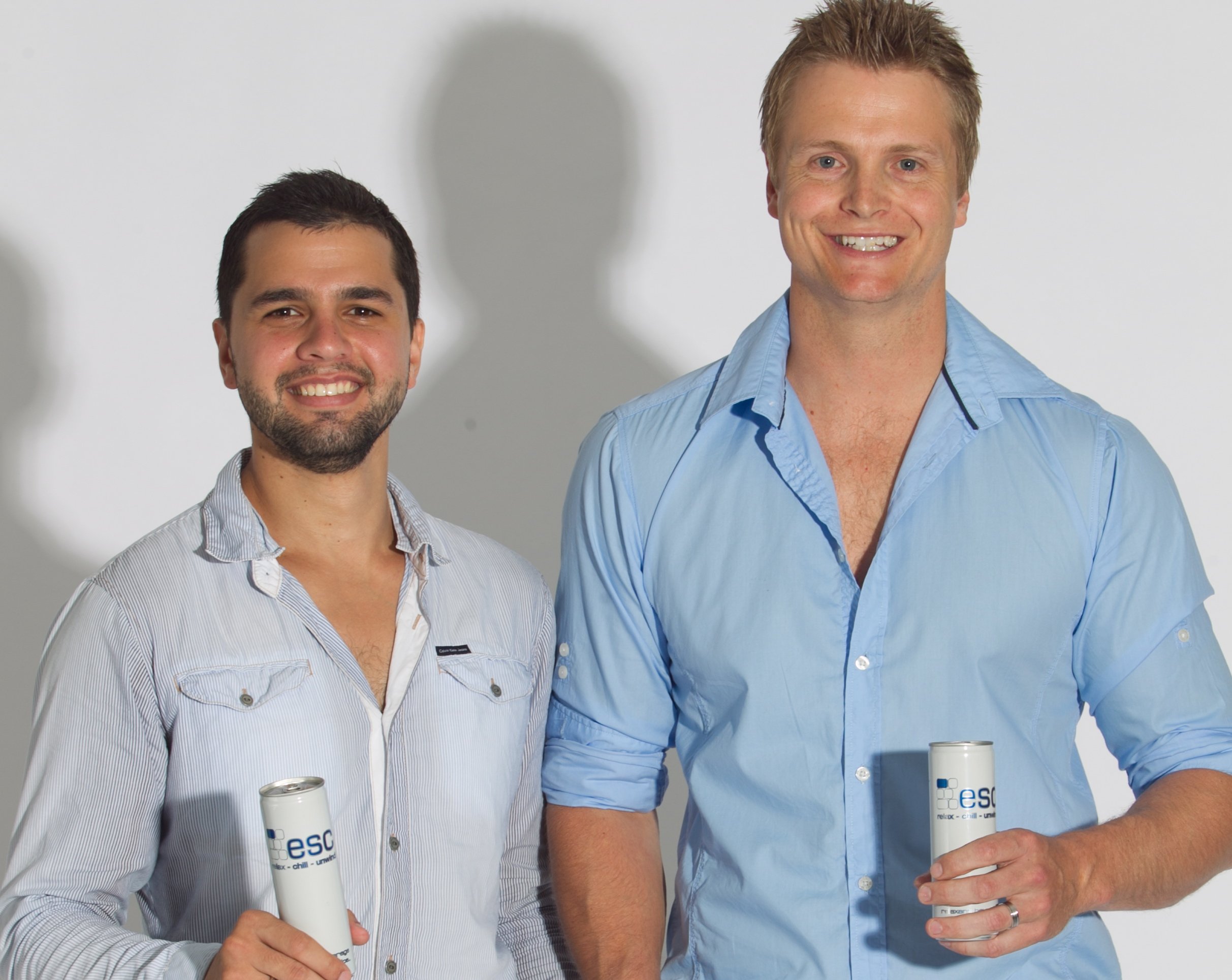 Innovative Beverage Co. was founded in 2010. It is a privately held Australian company that is headquartered in St Kilda, Victoria. The progression of the company began with the vision of its two founders, Chad Yesilova and Joel Fuller. Both Chad and Joel are focused on unearthing creative, innovative, boundary pushing beverage products, and bringing these ideas to the world!
Their first product is esc – Australia’s FIRST Anti-Energy drink. It is a unique combination of natural herbal ingredients, natural sweeteners, nothing artificial and no preservatives, brought together to bring you into a zen state of mind! Chad and Joel both have a finance background. Chad in stockbroking, Joel in financial planning. After Chad was hit HARD by the GFC,  the stress combined with the entrepreneurial spirit got him to research overseas trends. Here Chad gravitated towards an idea of a relaxing beverage. A phone call to long-time friend, Joel led Chad to move to Melbourne from Sydney late 2009 and Innovative Beverage Co. was born shortly after. In the early stages, they had no beverage experience. They were only armed with a vision and a strong determination to succeed. As more and more research was put in, they realised the Australian food standards were very stringent. The ingredients that can be used were limited so with the knowledge they had gained through extensive research, they applied to have the food standards amended to include one of the key ingredients. This ensured that what they were offering is truly unique. With limited capital in the beginning, they were able to successfully sell the big vision to the scientists behind the creation of the product and later the business idea to one of Australia’s most successful serial entrepreneurs, Philip Weinman.
Through constant networking and rubbing shoulders with the right people they met Barry Collett, a veteran in the beverage space who went onto successfully sell his company Pacific Beverages to Coca Cola in 2002, and  is now a partner in Innovative Beverage Co. Now, with the strong financial backing, and support of well-respected businessmen, they have been more effective in getting the right team to successfully launch what will be Australia’s FIRST Anti-Energy drink! What has been most important to them? Surrounding themselves with the right people who share the same vision.
Join the Anti Energy movement at www.escdrink.com and at www.facebook.com/escdrink
Previous article The Planking Craze: An OH&S nightmare?
Next article Audrey and Marco
Via Profiles
Tags entreprenuerfeatured